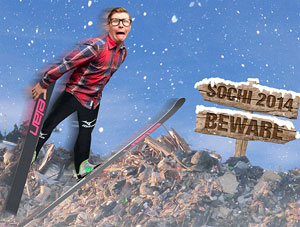 Girl, shit has hit the fan in Russia. Olympic sized shit! With Russia’s anti-gay laws and violence towards its own LGBT people, the games were already controversial and now it looks like all hell is breaking loose.

Joining us today is Tommy Holl– who sounds a little hoarse because he drank some of the that Olympic golden water.