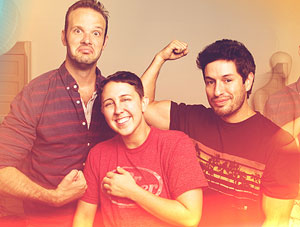 Comedian Jeffrey Jay, one of the most lovable trans guys you’ll ever meet, left Texas for L.A. to pursue his comedy career. Since then he’s teamed up with Beau Bowker and James Ponce to do a podcast called Two Black Women even though there’s not even one black woman on the show let alone two.

Listen as we talk about how they chose the odd name for the podcast. Also who is sexier- Beau or James, and the appeal of size to certain queens.