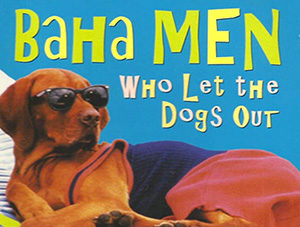 In survey after survey people have named “Who Let the Dogs Out” one of the most annoying songs of all time. The Baha Men’s song only reached number 40 on the Billboard charts but the song’s licensing to movies, karaoke dolls, and to sports stadiums made it one of the most heavily marketed songs in history.

Our guest today is music enthusiast Ben Sisto who created a multi-media presentation “Who Let Who Let the Dogs Out Out” which tells the amazing story of this one hit wonder.