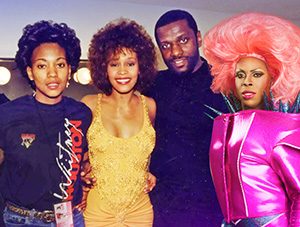 In Kevin Macdonald’s new documentary “Whitney” we get a glimpse at the life of the greatest vocalists of the 20th century- her complex sexuality, her underlying trauma and the struggles that may have led to her untimely death.

Today Vivacious, from RuPaul’s Drag Race joins us to take a look at the new “Whitney” film and all its shocking new revelations.