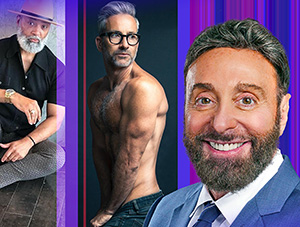 As we see gay folks living longer, there’s a new found appreciation for silver daddies and even grandpas as sex symbols.

But even though Dwayne Jonson and Paul Mason make aging look delicious, getting older isn’t always as sexy as it looks- your back hurts, the D don’t work and the text size on your phone is now set to “billboard.”