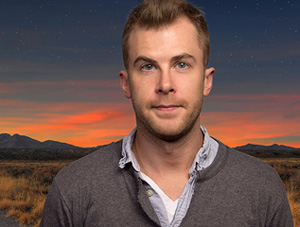 Writer Brandon Ogborn has a hit show on his hands, but he’s still broke.

The TomKat Project, Brandon’s two-act play that starts off as a snarky look at the arranged marriage of Tom Cruise, Katie Holmes and the Church of Scientology, has grown into something much bigger.

Today Brandon Ogborn gives us an update on the slow death of the Church of Scientology, and the strange monkey’s paw on Viacom media tycoon Sumner Redstone.