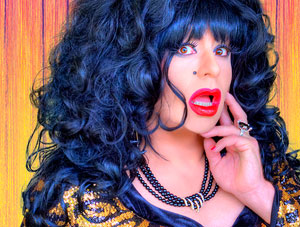 For decades Heklina has been hosting the world’s longest running drag show in San Francisco: Trannyshack. Heklina is such an institution we’re kinda surprised she isn’t on display at a museum in the Castro.

Now there’s rumors that Heklina is contemplating changing the name of her infamous night to T-Shack. Is she finally getting with the times or is she just selling out to expand her brand?