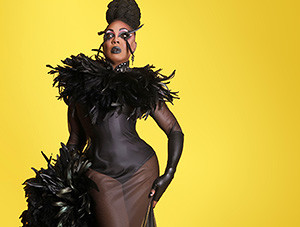 It’s been almost a decade since Bebe Zahara Benet, the drag queen from Cameroon became the first America’s Next Drag Superstar on RuPaul’s Drag Race.

Since then, she’s been traveling the world and rocking the house boots down with her brand new single “Get Fierce.” Listen as Bebe Zahara Benet talks about her amazing decade as the first winner of RuPaul’s Drag Race winner, her friendship with all the Ru Girls and how drag has changed over the years.