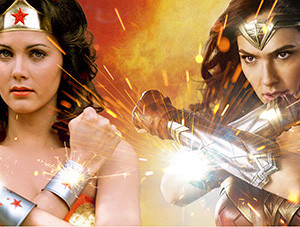 Wonder Woman! Wonder Woman! The whole world was waiting for you – with trepidation, fearful that the big screen debut of one of D.C. comics most popular superheroes and a feminist icon, would be as tragically awful as the film Batman v Superman.

Today we take a look at the all new Wonder Woman film, a critical and commercial success, which proves that Hollywood has to update its idea of what it takes to make a box office hit.