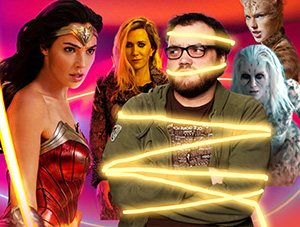 Patty Jenkins’ highly anticipated sequel to Wonder Woman promised that WW84 would be a tribute to the campy 1970s TV series, but instead we got a movie like the year 2020, full of confusion, chaos and general contempt for humanity.

Today comedian and curmudgeon Brian Sweeney joins us to look at the catastrophic sequel to Wonder Woman and to answer some very serious questions.