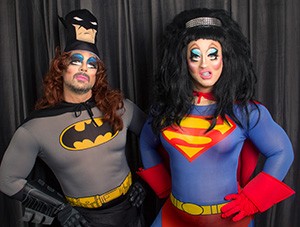 One of the biggest mysteries surrounding the concept of drag is why they hell do we call them drag queens in the first place? RuPaul said drag was an acronym from Elizabethan theater for DRessed as A Girl, but how would she know? She’s old, but not that old.

Today we introduce you to what may be the real meaning of the term drag queen, and believe it or not, it has nothing to do with Shakespeare.