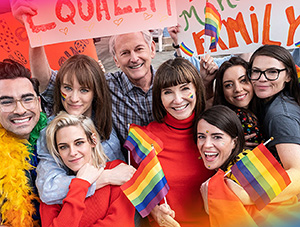 Today we’re taking a look at all the queer romantic comedy, made-for-TV holiday films that will be stuffing your TV stocking this season, including “Happiest Season” which we think would be great if it was renamed K-Stew’s Queer Christmas Miracle.