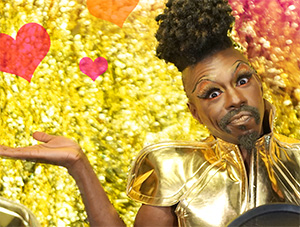 For 13 seasons RuPaul’s Drag Race has been bringing underground artists into the mainstream, and sometimes the world is just not ready for the gag. This time, the latest greatest gasp for air is a t shirt designed by drag queen Gotmilk which prominently displays the scars from their top surgery.

Today NYC drag personality Kareem McJagger joins us to take a look at Gotmik’s controversial new t shirt design and what exactly was Tessica Brown trying to do with that Gorilla Glue Spray to lay an edge. What does it mean to lay an edge?