Not another Tron sequel, ABBA turns themselves into CGI holograms for an upcoming worldwide tour to kick off their new album in 40 years “Voyage.” Photo courtesy of RCA Records.

After 40 years, ABBA, the Swedish pop group that dominated the charts in the 70s is back with a new album “Voyage” that’s already broken pre-sale records in the UK. The group also announced a tour featuring digital avatars of the band members that kicks off next year.

The first two preview tracks from the album feel like a strange clone of ABBA, and the avatars of the disco supergroup are completely unsettling. And after all these years why can’t they pronounce the word “you?”

Today comedian Rachel Hall helps us to reflect on ABBA’s strange 40 year comeback and how that Super Trouper beam is gonna find you feeling like a number one. 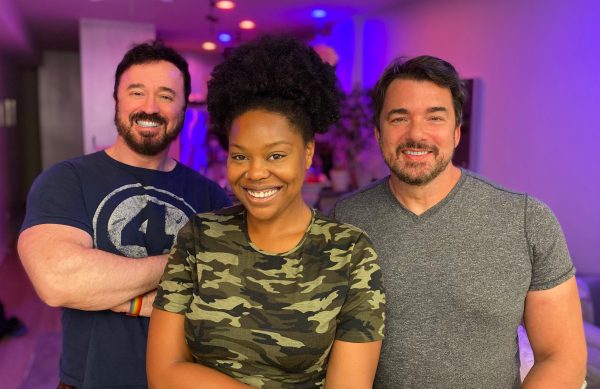 ➤ The country of El Salvador adopts Bitcoin as an official form of currency, with McDonald’s Starbucks and Pizza Hut there accepting cryptocurrency as well.

➤ Animals at the zoo are getting covid vaccines.

➤ Why LBGTQ+ youth reject LGBTQ comedy shows like Q-Force and AJ and the Queen.

➤ Why Beyonce is so hard to imitate

This entry was posted on Tuesday, September 7th, 2021 at 10:57 pm and is filed under Comedians, Podcast. You can follow any responses to this entry through the RSS 2.0 feed. You can skip to the end and leave a response. Pinging is currently not allowed.