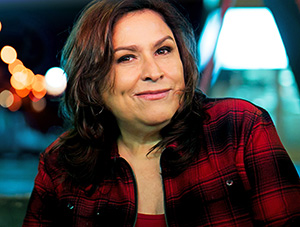 Comedian Martha Chaves once thought she’d become a nun so she could be around women and not have to deal with a family that expected her to like men. But when she became a refugee in Canada, after her native Nicaragua had a revolution, she was able to live her full lesbian fantasy in the nightclubs of Montreal.