Jeffrey Jay on the Reality Podcast Being Trans 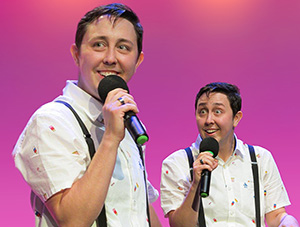 It’s been ten years since comedian Jeffrey Jay first came on Feast of Fun to talk about being one of just a few openly trans men working in stand up comedy.

Identifying more as a comedian than to any gender, Jeffrey Jay has experienced the highs and lows of show business, from struggling as an entertainer in LA, hosting and starring in a kids streaming television show, and going through rehab and coming out stronger than ever.

Today our deal friend Jeffrey Jay, joins us to look back on 10 years on Feast of Fun and his new project Being Trans, an unscripted doc-reality podcast series that follows four transgender individuals living in Los Angeles.