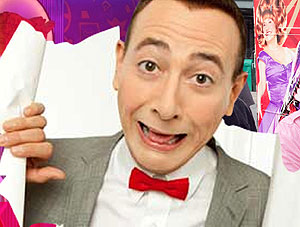 In the late 1970s, Paul Ruebens developed the character of Pee-wee Hermanas a challenge by the LA based improv group, the Groundlings, to create a comic that could never make it in real life.

Joining us is film maker Kerthy Fix- her new documentary “Who Took the Bomp: Le Tigre On Tour,” that focuses on the electroclash band Le Tigre premiers at SXSW.