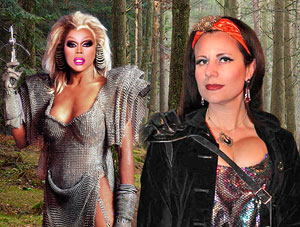 Imagine a world nearly destroyed by nuclear holocaust except for a few survivors whose new religion is based on ancient TV shows and long dead rock stars. That’s the world of Dystopia Rising- a Live Action Role Playing event where drag queens battle zombies in the backwoods of Texas.

Joining us today is Dr. Sarah Lynne Bowman, who navigates this make believe world where RuPaul’s Drag Race is a major religion and a resurrected Sharon Needles may hold the secret to ending the zombie wars.