FOF #2081 – Alexandra Billings is the Friend Everyone Deserves 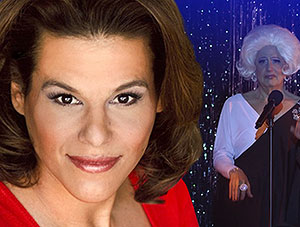 Hollywood isn’t stellar when it comes to casting out of the closet LGBT actors in roles that portray the LGBT experience.

But thankfully that’s changing. Leading the way is trans actress Alexandra Billings, who holds the distinction of being the first trans woman to play a transgender character on television.