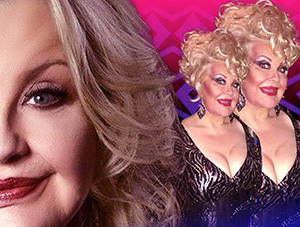 The film, Priscilla, Queen of the Desert, ignited a modern style of drag filled with campy, self-deprecating fun and trans inclusivity. It was later turned into a musical which our local Pride Films and Plays is putting it on featuring Honey West, who, as far as we know, is the first trans actor to play the role of Bernadette.

Joining us today is the lovely Honey West, who has been a hit on the cabaret circuit since her debut in her 1990 one-woman show, A Taste of Honey.