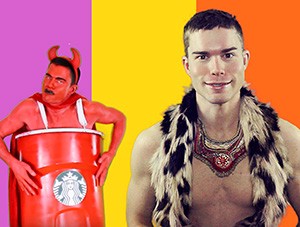 Tis the season to be fabulous with Daveo Falaveo, who many think got his start as adult model due to his risquee photos from his MySpace page when he was barely legal.

Today, we’re joined by viral video sensation Daveo Falaveo to talk about his wild videos. Listen as Daveo talks about why it’s hard for YouTube personalities on dating apps and are bullies secretely in love with their victims?