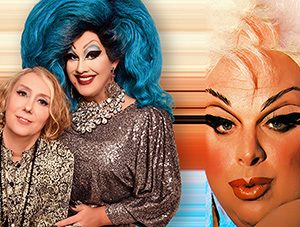 By breaking all the rules, Divine ushered in the era of the modern drag queen built on rebellion. Drag used to focus on female impersonation but Divine took it in a whole new direction that’s still being celebrated.

Today Peaches Christ, joins us to take a look at the life and legacy of America’s first drag superstar- Divine. Why are drag queens who came of age at the time of RuPaul and Lady Bunny were more interested in being rebels than passing as beautiful women?