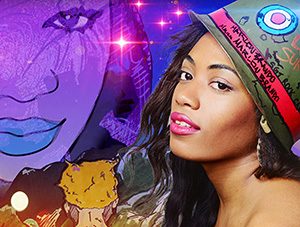 For Brittany Campbell, it’s a golden age- she’s in the monster hit Hamilton the Musical, she’s releasing a new album and now she’s nominated for the Helen Hayes Award for her role as Eliza Doolittle in My Fair Lady.

By George she’s got it! Listen as Brittany Campbell joins us to talk about her new album Stay Gold, how the drag queens of NYC took her under their glittery wings and her collaboration with pansexual albino supermodel Shaun Ross.