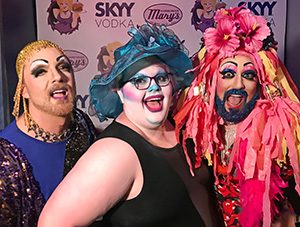 Just when you thought The Vixen couldn’t make white people more nervous, Tyra Sanchez ups the ante with the threat of nuclear annihilation at this year’s RuPaul’s DragCon with the caveat “don’t say I didn’t warn you.”

As if it couldn’t go more off the rails, drag queen Robbie Turner’s dead Uber driver still hasn’t turned up yet. Maybe she’s pulling a Dorian Corey and has him somewhere stuffed in a trunk.