FOF #2964 – Gay Man Thriving: How We Sabotage Our Own Happiness 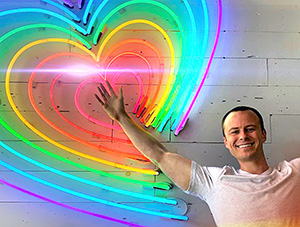 When Diana first entered the spotlight, she was shy and demure but after her divorce she became a strong and charismatic champion as “The People’s Princess.”

But how did she do it? How did she go from someone controlled by the monarchy to a powerful advocate for the people?

Today Princess Diana’s voice and presence coach, Stewart Pearce, joins us to look at how he helped Princess Diana tap into the power within to command an international stage.

In his new book “Diana: the Voice of Change,” Pearce dives deep into his work helping guide people like Princess Diana on how to speak and act in public.