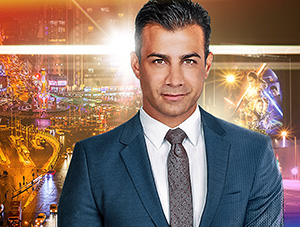 When life knocks you down, it’s hard to get back up, especially when you live in an oppressive place, your family rejects you for being gay and you’ve broken both your legs.

For real estate entrepreneur Harma Hartouni, things weren’t always in the pink. Although he was born in the US, Harma was taken to live in Iran at a young age, and as a ethnic Armenian and a gay kid he felt he was at odds with the world around him.

Today, Harma Hartouni joins us to talk about his new memoir, Getting Back Up: A Story of Resilience, Self-Acceptance and Success, which details his life growing up as a gay Armenian in Iran, moving back to LA to come out as gay and marrying his Disney Prince.