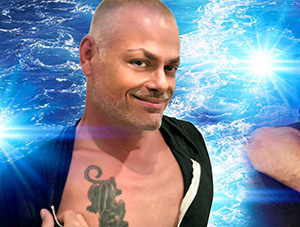 In the late 80s and early 90s, Supermodels reigned supreme and among their ranks was Rico Marcelo, who with his tall muscular body and razor sharp cheekbones became the object of every gay man’s desire.

Today male supermodel Rico Marcelo, who know goes by his real name Rick Gory, joins us to talk about his amazing career and why modeling isn’t as glamorous as it seems.