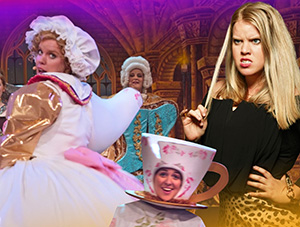 One of the great diamonds in the rough on Disney’s streaming service is the reality TV show Encore, which reunites the cast members from musicals they originally performed in high school and then has them recreate the big show, sometimes decades later, in front of a live audience.

Today Brittany Kay Taylor, who played Mrs. Potts in Beauty and the Beast in the reality TV series Encore serves up some piping hot tea on getting her high school theater gang back together a decade later and going viral as a voice over talent on Tik Tok.