The Battle Over West Side Story 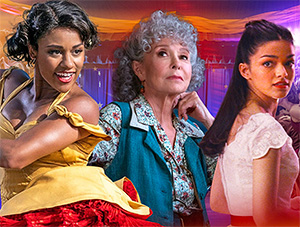 60 years later, West Side Story is back, this time directed by Stephen Speilberg with new lyrics by Stephen Sondheim, a new book by Tony Kushner and Executive Produced by and starring Rita Moreno in a new role as the motherly Valentina.

The remake is being celebrated for its more positive portrayal of minorities, but some folks are still stung by the racist legacy of the original work and would rather see new films created for and by Puerto Rican people.

Today we take a look at Stephen Speilberg’s remake of West Side Story, what changes they made, why the box office numbers are low and why you will love it!

Tags: 3002, and just like that, big, leonard bernstein, sex and the city, stephen sondheim, west side story