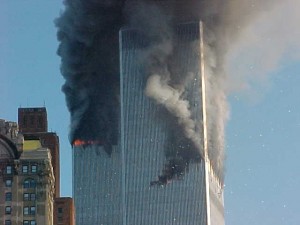 Imagine being late to work one morning and noticing two airplanes crashing into the World Trade Center right in front of you. What would you do?