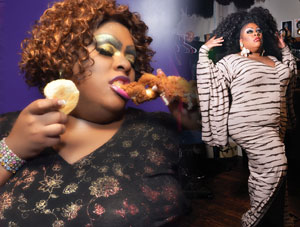 Nobody has gotten more mileage out of their one moment in the spotlight on RuPaul’s Drag Race than Mystique Summers, who became a folk hero during a fight by screaming “I’m From Chicago and I Will Whoop Your Ass!”

Listen as Mystique Summers whoops our asses on this podcast as she reads those queens that paint orange and fills us in on her whole fight with Morgan McMichaels.