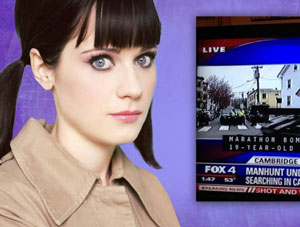 During the manhunt, FOX news which is neither foxy nor news, misatakenly identified actress and ukulele enthusiast Zooey Deschanel as one of the suspected bombers in a close caption.