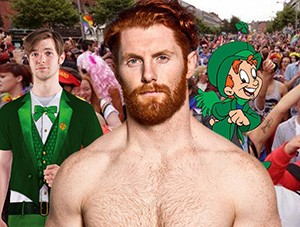 Times are changing- more than 1.2 million people in Ireland voted for Marriage Equality, in what was once a very staunch Catholic country. The Vatican called the unprecedented vote a “defeat for humanity. Meanwhile, Irish American Vice President Joe Biden, said the U.S. and the world “needs to follow Ireland’s lead.”

Joining us today is Vine comedy superstar Meg Grunewald, who impressive range of characters have made her one of the top video bloggers on the micro-video sharing app.