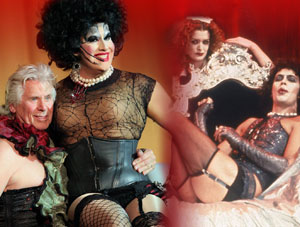 When The Rocky Horror Picture Show came out in theaters in 1975, it was a flop. Audiences didn’t quite know what to make of the film adaptation of The Rocky Horror Show, a kooky musical that featured Dr. Frank-N-Furter, a mad transexual scientist from outer space who builds himself a sexy Frankenstein monster named Rocky.

Today Peaches Christ joins us on a behind the scenes tour of one of the greatest films ever made, the Rocky Horror Picture Show.