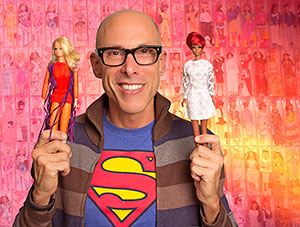 Ever since he was a little boy, John Zanardi loved Barbie dolls but was too ashamed to admit it. That is until the age of 18, when he moved out on his own and started collecting them. Today he’s amassed over a thousand dolls, estimated to be worth something between 30 and 40 thousand dollars.

Listen as we talk about some more unusual Barbie dolls, Stanley the Barbie Man, Barbie’s breakup with Ken, Ken’s cock ring and more amazing but true facts about this iconic American toy.