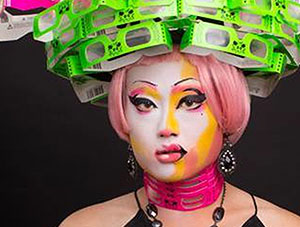 Chicago drag queen Kim Chi named herself after the Korean spicy pickled cabbage. Her feathery sense of style combines an Asian esthetic with high fashion. One of her drag gal pals Trannika Rex describes her as Margaret Cho in a funhouse mirror because she’s 6 foot three, out of heels.

Listen as Kim Chi takes us on all you can eat buffet of Korean culture, from Psy’s Gangam Style phenomena, to Asian drag and the gay scene in Kore