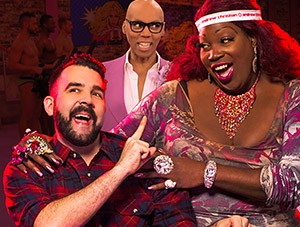 With RuPaul’s Drag Race now in its second week, everyone’s placing their bets on who will shine. Joining us today is the Gay Pimp, Jonny McGovern, who, after ki-ki-ing with so many queens on his show Hey Qween, has developed a pretty good eye for which gals will be Americas Next Drag Superstars.

Listen as we talk about Violet Chachki saying she hates Michelle Visage, Sasha Belle missing her RuPaul trophy, and folks on the Drag Race subReddit saying their stuff gets stolen by shady blogs.