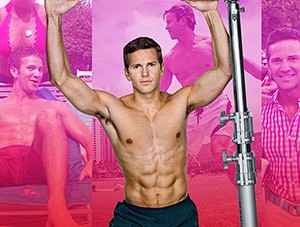 As the end of Downton Abbey approaches, it’s appropriate that we’re also seeing the end of the political career of one of its biggest fans, Aaron Schock.

Once a rising star in the Republican Party, the former Men’s Health model was under investigation for his spending habits, facing serious charges that would land him in prison.

Instead he smartly chose to resign, and find more interesting places from which to Instagram.