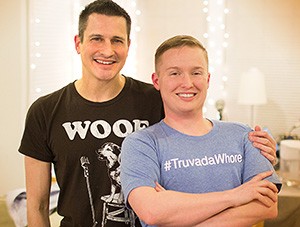 Since the AIDS crisis of the late 80s, condoms have been urged as gospel for gay men to prevent the spread of HIV. But that’s all changing now with PrEP, the use of anti-HIV medication to keep HIV negative people from becoming infected.

Today we’re joined by two pioneers working to raise awareness for Prep: Damon L Jacobs , whose PrEP Facts has been acknowledged by the World Health Organization and Brandyn Gallagher whose group Outshine Northwest is raising awareness for trans men’s health.