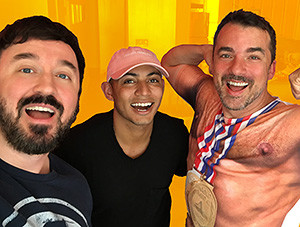 It’s the 8 year anniversary of Grindr, and the company behind the ubiquitous app where you get into arguments about how big someone’s dick really is, is now launching a new magazine INTO, a modern kind of LGBT media for the app generation.

Today INTO magazine’s new editor in chief Zach Stafford, who in the past has been one of the most vocal critics of the app joins us to talk about the company’s new launch into LGBT media. Will gay men enjoy consuming news & culture while they are looking for love in the digital age?