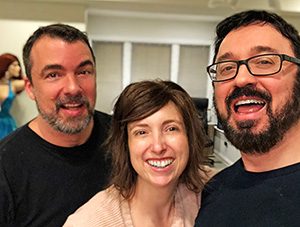 RuPaul said one of the biggest challenges for casting a reality tv show is wading through the mountains of auditions where people “behave in a way that they think [the producers] want them to behave.”

But how does that work for a competition that’s built on folks dressing up in costumes and lip syncing to other people’s songs? Today comedian Carma Nibarger joins us to wade through the mountain of questions from past audition forms for RuPaul’s’ Drag Race on what it takes to make your star shine bright on TV.