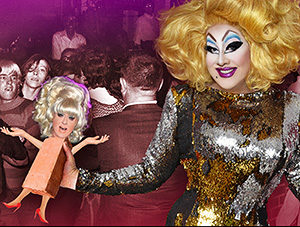 With the 50th anniversary of Stonewall just gays away, everyone’s ready to party like it’s 1969, so gather your rhinestone covered bricks because there is going to be a queer reckoning!

Today Peaches Christ joins us to take a look at Pride 50 and the new interest in drag from the early 90s, from TV shows like Pose, HBO’s Wig Documentary and Ms Blakk for President now playing at the Steppenwolf Theater in Chicago.