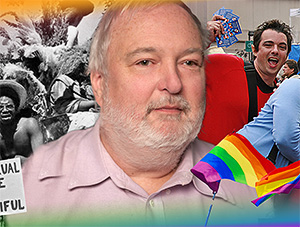 Make no mistake about it: Stonewall was a riot. Windows were broken, protesters were beaten and the neighborhood was trashed all to let the police and the mob controlled bars know that queer folks weren’t going to take it anymore.

Today, the long time theater editor for the Chicago Reader Albert Williams, joins us to talk about planning and attending the first Pride March in Chicago and how it connects with the Black Lives Matter Protests happening now.

The following June, which is 50 years ago this month, those legendary riots were commemorated with LGBT marches that are now known as the Pride Parade.