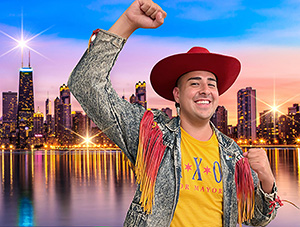 Over the years, we’ve had many unusual folks run for political office, like the ACT-UP drag queen performance artist Joan Jett-Blakk who ran for Mayor of the Second City and then later tried to “Lick Bush” in a run for the presidency.

Following that great tradition, Chicago performance artist and drag queen Jezebel À GoGo, now known as J Saxon joins us today to talk about their foray into the race to become Chicago’s next Mayor as a progressive who wants to abolish the police.