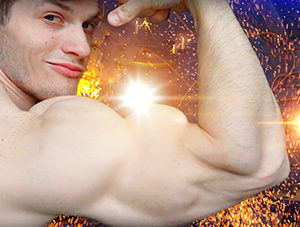 Bodybuilder Thomas Terry is well known for his Instagram account Game of Swolls, which he started to show off his biceps and to make new friends. But it came as a shock last week when Thomas announced that he was undergoing chemotherapy– prompting him to say “Everyone loves you when you’re dying.”