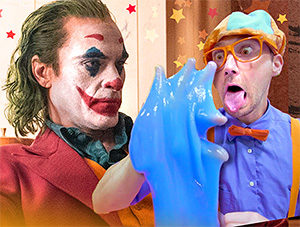 Critics are describing Todd Phillips’ psychological thriller Joker as “toxic” and “irresponsible.” Featuring Joaquin Phoenix as Joker, the film avoids the traditional comic book blockbuster but instead draws on classic films like The King of Comedy in order to explore the real inequalities in modern day America.