FOF #2812 – The Santaland Diaries, and other Strange Christmas Jobs 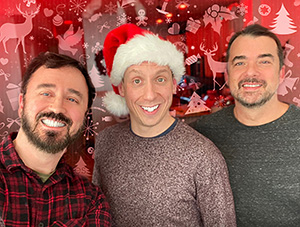 To make it as an artist today you have to have a side hustle and during the holidays, that sometimes entails slipping into an elf costume to become Santa’s little side ho ho ho.

David Sedaris’ masterpiece, “The Santaland Diaries,” which explores the legendary writer’s gig as an elf at Macy’s Santaland in New York City, is now playing at the Goodman Theater starring Steven Strafford who joins us to look at all the odd holiday jobs we’ve taken over the years including his current job playing “Crumpet the Elf.”