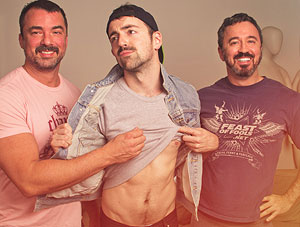 It’s hard to date men when you’re an openly gay comedian who talks about his sex life as part of his act.

Comedian Matteo Lane is having a rough time dating guys because they worry he’s not only going to kiss and tell, but that he’ll be putting their dick size on blast.

Today Matteo Lane joins us to talk about this hot guy he’s been wanting to get lucky with but who doesn’t seem to want to put out.