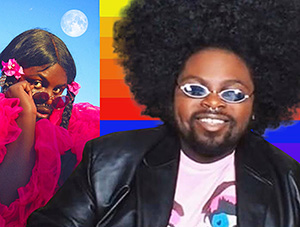 During the times of ‘Rona we’ve been satisfying our craving for something frightening by watching Donut’s Scary Movie Night- a fabulous streaming and screaming web show where drag queen Donut McQueen gets high and comments on horror films.

Donut recently streamed Cursed, horror film legend Wes Craven’s tribute to werewolves starring Christina Ricci, her forehead and a pantheon of mid 2000s celebrities. The film is so-so but the commentary is to die for!