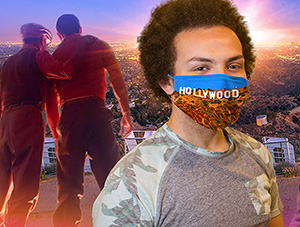 After Hattie McDaniel won an Academy Award in 1940 for her role in Gone with the Wind, it would be another 50 years before another African American woman, Whoopie Golberg in Ghost, would snatch an Oscar for Best Supporting Actress.

But what if you could go back in time and rewrite Hollywood’s history to be more black, queer and feminist? Listen as we chat with comic Matt Brown about the magical revisionism of Murphy’s series which showcases vintage Hollywood in all it’s gay glamour and sexy shenanigans.